Those interested in reproducing part or all of this oral history should contact the Hanford History Project at ourhanfordhistory@tricity.wsu.edu, who can provide specific rights information for this item.

Robert Bauman: Okay. Why don't you go ahead and state your name first.

Bauman: Okay. And my name's Robert Bauman and Donna Jackson will be telling us some stories. Today is July 16, 2013 and this is being conducted on the campus of Washington State University Tri-Cities. So at this point I'll turn over to you Donna, and go ahead and tell your stories.

Jackson: Those are my stories—

Jackson:  --from friends who grew up here.

Bauman: I think that's great to just end it there.

Bauman: I don’t--asking questions I don't think would-- 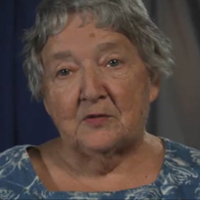